Is Staying Inside Enough to Protect you from Unhealthy Outdoor Air?

Wildfires have just torn through the Western United States, charring thousands of acres of forests and neighborhoods. The damage caused by this year’s Fire Season in the West is already record-breaking in many areas, but sometimes the consequences of a fire stretch beyond what has been burned–especially when it comes to our health.

This was a lesson we learned recently, when we found ourselves in the middle of record-breaking heat in San Francisco. As temperatures climbed over 100°F, we couldn’t help but notice an unmistakable haze over the city and the surrounding Bay Area—beyond the heat, the air seemed to be thick, as if it were filled with smoke. In some areas, there was even a faint smell of smoke.

The curious part was there wasn’t a fire to be found in the city, and as far as we could tell there weren’t any flames or black smoke on the horizon. We decided to check the outdoor air quality index online to see if anything was wrong, and our suspicions were true: San Francisco’s air was considered to be “unhealthy.” 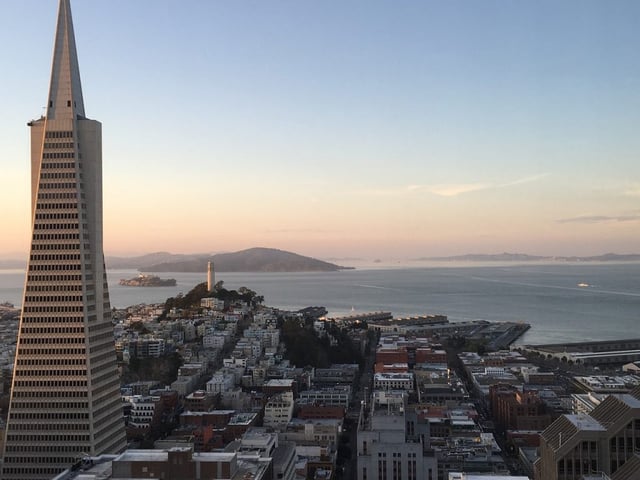 This isn’t abnormal during fire season. Smoke from fires contain harmful particles that can spread into the air and cause a variety of health effects, including aggravated lungs, asthma attacks, respiratory infections, and more—and this is assuming the smoke is from a forest fire. Fires that have burned buildings and homes containing plastics and other synthetics could have other toxins and chemicals in their smoke as well.

Counties across western states were warned about poor air quality this fire season, and many advised its residents to stay indoors to protect themselves from the unhealthy air. Looking outside at the hazy air that hung over San Francisco, we couldn’t help but wonder—will staying indoors be enough to protect us from unhealthy wildfire air?

We decided to test this by checking our Awair—a device that tracks toxins and chemicals in your indoor air, then gives you personalized recommendations to help you stay safe and healthy. With the help of the Awair app, we were able to see our indoor air was filled with an unusually high amount of dust, one of the five key factors that affect the comfort and safety of the air we breathe.

We had a hunch that we weren’t the only ones with this sudden, strange influx of dust in our air. To see if we were right, we decided to check our database of everyone else in San Francisco who used Awair to track the air quality in their homes—specifically, the levels of dust across all San Francisco Awairs over the course of the past week*. What we found, however, was beyond what we were expecting… 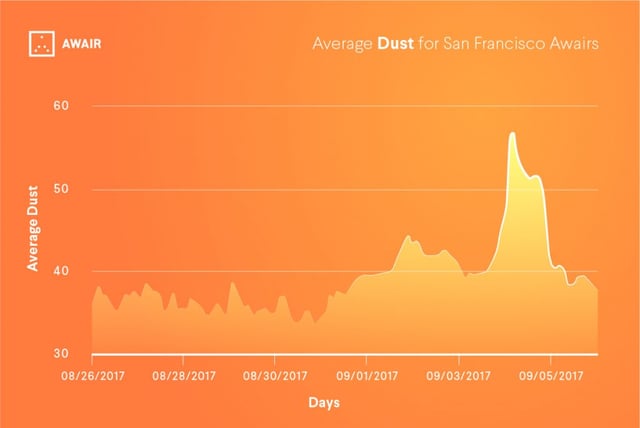 To say there was a spike in our dust readings would be an understatement—across the board, each home experienced at least a 50% increase in harmful particles in their homes.

We realized these Awairs weren’t just detecting the type of dust they normally sense in these homes. Instead, these Awairs were able to detect the same harmful air particles (with PM 2.5 or higher) that were also causing the air outdoors to be unhealthy—those that were produced by wildfires.

In fact, indoor air can be 5x more polluted than outdoors, affecting allergies, asthma, concentration, sleep quality, and much more. With extreme conditions like wildfires making outdoor air unhealthy to breathe, it’s more important than ever to make sure your indoor air is safe.

What’s troubling is that many of us took for granted that our indoor air wasn’t affected by the wildfires, especially since we couldn’t see any flames directly out the window. The truth is, you don’t have to be directly near a fire for it to affect the air quality in your home.

We decided to take a look at another wildfire happening in Colorado, whose residents were also being warned of poor air quality. We tracked down the fire’s coordinates on a map, then checked the readings on nearby Awairs. 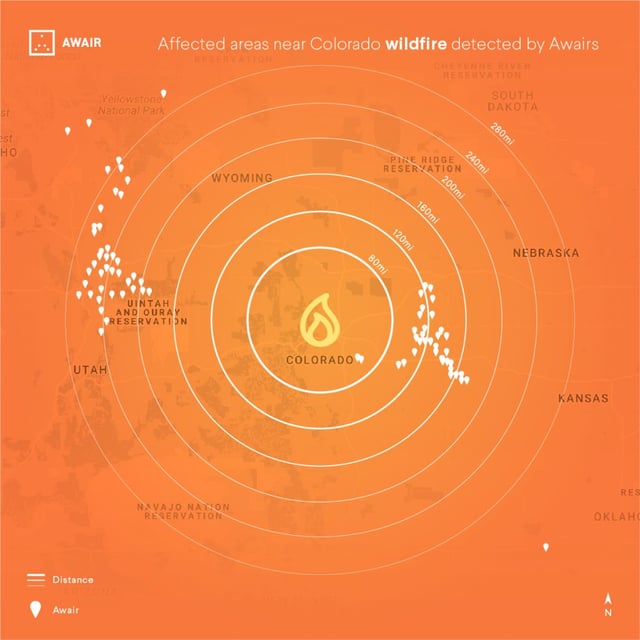 Unfortunately, even homes that were 280 miles away from the fire experienced a noticeable surge of harmful particles indoors, even after the fire was mostly contained.

So how can you keep you and your family safe when you know the air outside is unsafe? It can be as easy as closing a window.

We have a feeling San Francisco homes were affected by harmful outdoor air particles partly due to the heat wave, because many residents kept their windows open in an attempt to cool their homes. While this is usually very effective in bringing in fresh air, when air outside is unhealthy, an open window is an invitation for harmful particles to enter your home. To stay cool and promote healthy air flow, run a few fans—setting fans to spin counter-clockwise can help pull hot air out of the room.

Learn more about how the air in your home may be affecting your comfort and health by following the link below.

*this information is kept anonymous.