How Working From Home During a Blizzard Can Affect Your Productivity

The safest response to freezing temperatures is staying indoors, which was where many found themselves in the middle of last week as a “bomb cyclone” moved through the eastern United States. Those facing more extreme storm conditions were advised to kick off the new year by working from home. While working from home is the safest option during snow storms, why does it sometimes feel like the least productive?

While there is something to be said about the comfort of our own homes making us feel more inclined to become distracted (or lose focus entirely), could there be something else keeping us from being our most productive selves while we work from home?

We decided to investigate, starting with air quality.

If you’re wondering why we’re so concerned with air quality, you’re not alone — many of us believe that the air we’re breathing is healthy, safe, and won’t have much effect on us since it’s not something we can typically see. But this isn’t the case, especially for air that’s indoors. In fact, indoor air can be 5x more polluted than outdoors, which can affect allergies, asthma, productivity, and more — even our quality of sleep.

At Awair, we’re fascinated by how indoor air can be affected by external events — from natural disasters like fires, to common weather like rain — so a major snow storm like a “bomb cyclone” caught our attention.

With our interested piqued, we decided to look and see what the average Awair readings were across a town that was affected by the extreme weather — like New York. Awair is a device that tracks toxins and chemicals in your indoor air, then gives you personalized recommendations to help you stay safe and healthy. Awair focuses on the five air quality factors that can affect your health — chemicals, dust, humidity, temperature, and carbon dioxide.

After a quick check of our database of everyone in New York who used Awair to track the air quality in their homes*, we found our culprit: carbon dioxide. 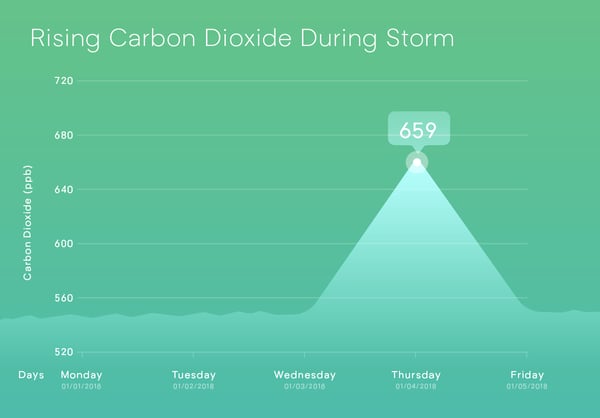 Looking at a weekly view of the average levels of carbon dioxide in New York over the past week, we can see a very obvious spike starting Thursday morning —which also happens to be the day the storm was expected to be at its most extreme.

Why is this sudden increase in carbon dioxide important?

Carbon dioxide is by no means a toxic gas — it’s a very natural ingredient in the air we breathe. Humans play a role in adding carbon dioxide to our air, since we exhale about 2.3 pounds of carbon dioxide every day. While we may not notice carbon dioxide in our air the same way we would for other gases, it’s very important to keep it in moderation.

If there’s an above-average amount of carbon dioxide in the air you’re breathing, you’ll begin to notice some side effects, headaches, difficulty making decisions, drowsiness — and decreased productivity.

Aside from bundling up as much as possible, what is the one thing we absolutely make sure of during a bomb cyclone? We’ll most likely take a moment to check our home for any open windows, doors, or leaks that could potentially let the cold enter our home. But a tightly sealed home may not always be our best ally.

Without a way for fresh air to properly flow into our home, we’ll begin unknowingly pumping those 2.3 pounds of carbon dioxide into our air, and after a short while we’ll probably begin to feel its symptoms.

The air we breathe is a delicate balance of a few key ingredients, and many of us don’t realize that even small changes — like closing a window — can completely disrupt the balance, which has the ability to affect our entire day.

So how can you have a productive day, even if a snowstorm has you working from home?

Keeping the levels of carbon dioxide low in your home is as simple as getting some fresh air!

Since opening a window to let in some fresh air isn’t realistic during a blizzard, here are a few of our favorite tips for keeping your air indoors healthy, even when it’s cold outside: 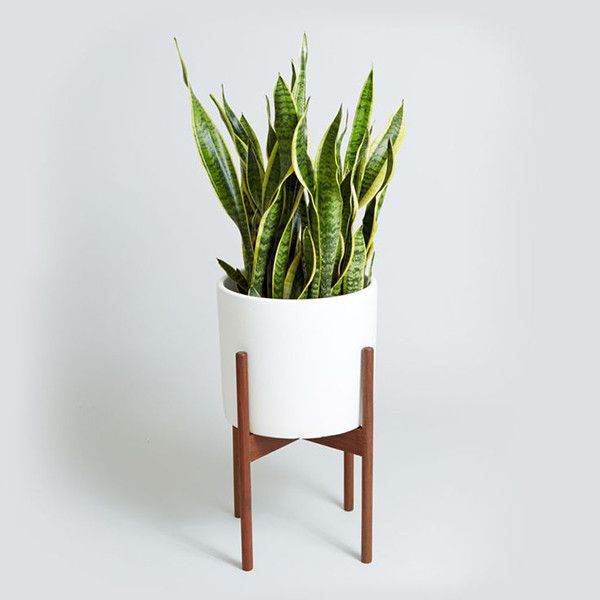 Everyone knows plants absorb carbon dioxide to help create oxygen, but some houseplants can even act as natural air purifiers by helping balance the amount of chemicals, humidity, and even mold spores in your air. 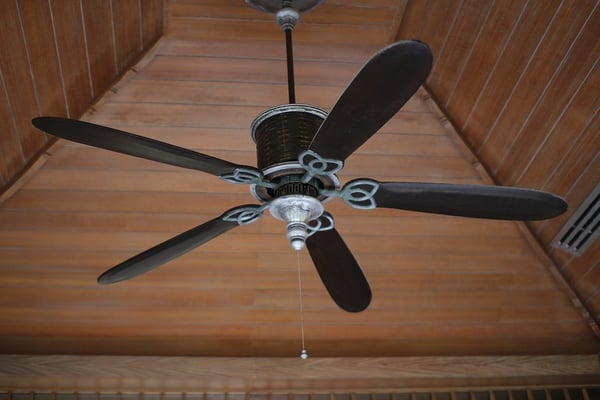 Fans are the best way to promote air flow in your home. If you can, try to at least run a fan on low to help you push air around your home. Running the exhaust fan over your stove can also help pull unhealthy air from your kitchen. 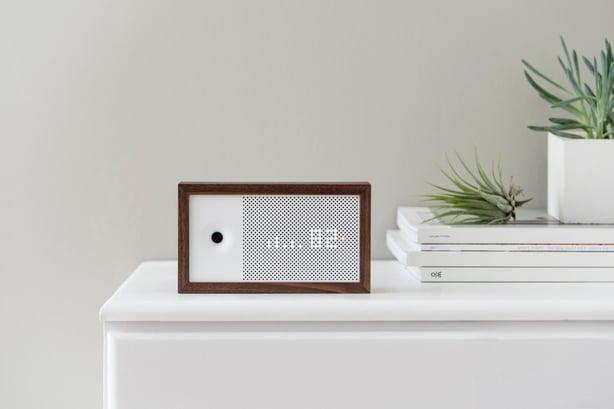 Take the guesswork out of keeping your air clean with an indoor air quality monitor, like Awair. Awair tracks toxins and chemicals in your air and gives you personalized recommendations to help you stay safe and healthy.

We're proud to announce the launch of the Awair AQI Map, a novel way to compare indoor and outdoor PM2.5 (fine particulate matter) in the Awair Home app. As a product offering, Awair focuses on...